Mud, eggs and paper – the Winogradsky-column

a column with eggs, mud

This column was invented by a researcher called Winogradsky. First of all, it is filled with mud from a pond and then mixed with pieces of newspaper and eggs. The mud hosts different kinds of bacteria, newspaper and eggs provide nitrogen, sulphur and energy to grow the bacteria.

The sunlight provides energy as well, and therefore we can find various kinds of microorganisms in this column, some of them are even colored. Some pass away, others come, and every day the column looks different.

Winogradsky columns are small ecosystems with different ecological niches. Due to the different oxygen and nutrient supply at the top and bottom and light-exposed an -unexposed sides, specific microbial microhabitats are the result. The wavelength of available light also influences the communities and microorganisms with different colors appear. With the help of prisms, zonings can be achieved. The visitor can visualize this by pressing a white-light-button. 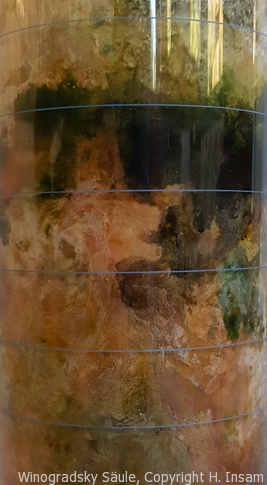 The concept of the Winogradsky-wall is based on the Winogradsky column. The Winogradsky-wall basically consists of a transparent double-glazed window filled with mud and water from the Inn and the pond of the Technology Campus of the University of Innsbruck. Newspaper, eggs, gypsum, chalk, sodium hydrogen carbonate and paperclips were added in order to supply the microbial community in the mud with nutrients.

The shape of a flat wall on the one hand makes it possible to photograph the processes with a minimum of mirroring and presents on the other hand a study beyond its scientific context. The Winogradsky-wall with its aesthetic qualities can be used as a responsive, constantly changing facade-element in architecture. The exposure to light leads to an increase of various photosynthetically active organisms which appears in a change of color-patterns.

The Winogradsky-wall was photographed once a day for 170 days to visualize the periodic change in a time-lapse video. 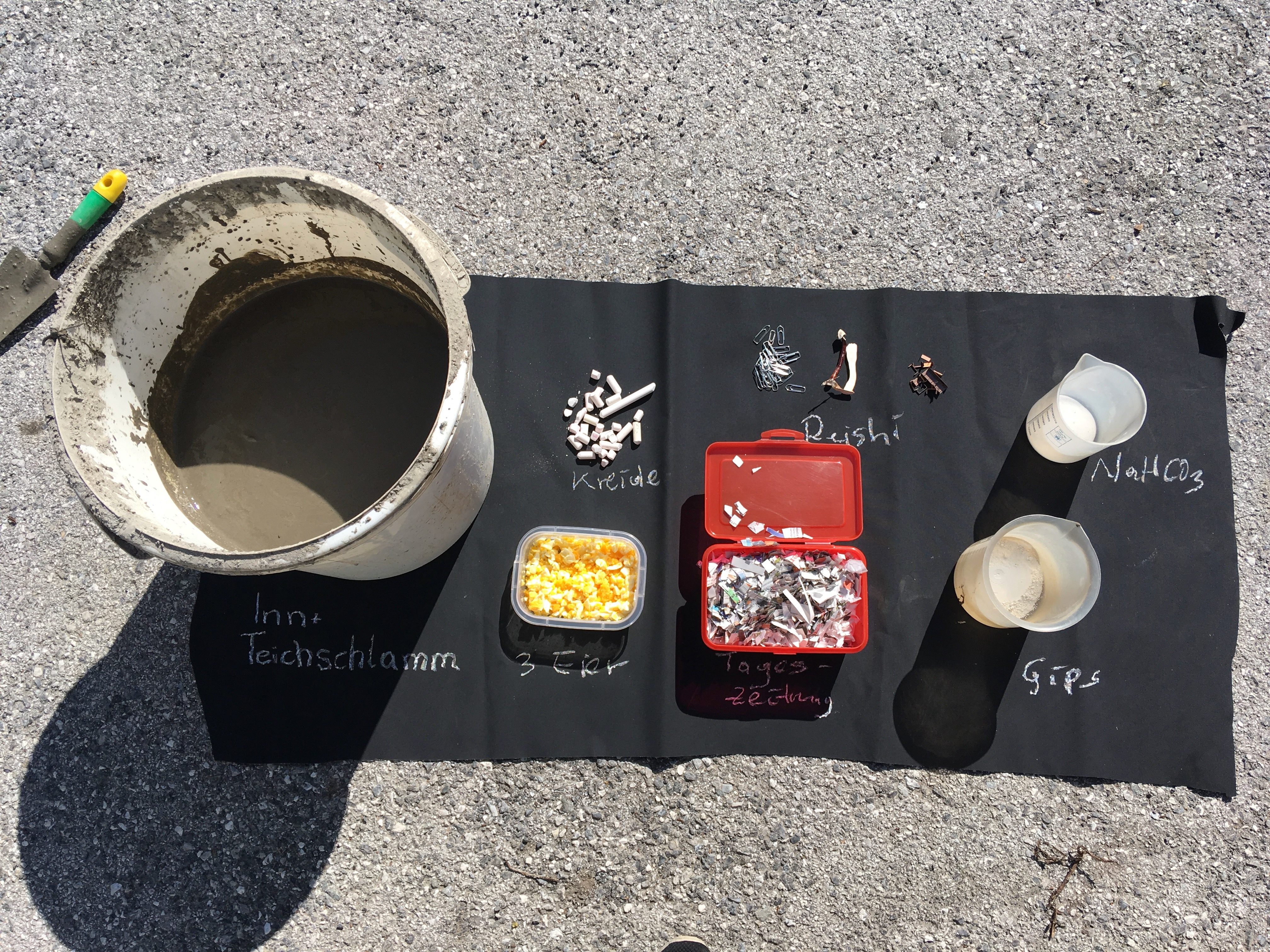